By Simon Black at Sovereign Man

What Has Happened?  A Continuing Assault on Free Speech

By now you’re probably aware of the various purges taking place across tech platforms and social media. Major companies have used the events of January 6th at the US Capitol as an excuse to delete users and deplatform businesses. But the scope of the purge has 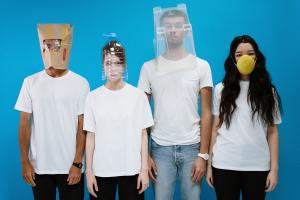 gone much further than removing calls for violence.

For example, 147 members of Congress are being blacklisted by banks, insurance providers, and hotel companies because they objected to certifying the results of the election. The entire social media company Parler was shut down when Amazon banned it from its servers, while Apple and Google dropped the app from their stores.

PayPal cut ties with the US President, as well as a Christian website that raised funds to send protesters to DC. Shopify removed accounts “associated” with Trump, and payment processor Stripe joined in the purge as well.

Facebook even suspended Ron Paul’s account for a time, before claiming it was a mistake. Ron Paul, keep in mind, has been an outspoken critic of this administration’s defense and monetary policies.

The message is clear: your access, your data, and potentially your livelihood
is not safe in the hands of the biggest tech companies, which we have been conditioned to rely on. Express the wrong opinion, and you may be the next casualty.

What Can You Do?

First, Get Off the Big Tech Platforms that Restrict / Ban Free Speech:

Meanwhile, Facebook-owned WhatsApp’s downloads were down about 20% week on week.

Spy-apps that repeatedly censor and abuse their customers have faced calls for an exodus for some time now. But now a critical mass is actually moving, which makes it more likely that the amount of content and users will keep people engaged in social media alternatives. In that sense, you could consider the purge a good thing.

Next, Migrate to Alternative Platforms that Support your Privacy and Free Speech

The good news is there are alternatives, and the purge has been a major driving force for people to move to alternative platforms.

Then there is Brave Browser to replace Chrome, Protonmail to replace Gmail, and plenty of methods to accept cryptocurrency, instead of using typical payment processors.

Clearly, this list is not exhaustive. And in the future we will be talking about more alternatives, and doing a deeper dive on their privacy and accountability. The point is you don’t have to allow these tech giants to have power over you.